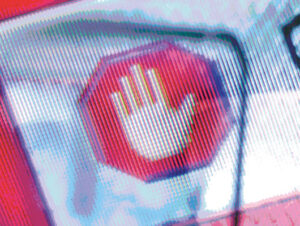 Regulators could stymie the only consensus model for firm pricing in fixed income, a market short of transparency. Dan Barnes reports.

Regulators may throw a spanner in the works of bond trading automation, by including desktop trading tools within the definition of regulated trading venue.

A ruling by the Commodities Futures Trading Commission (CFTC) on 29 October 2021 determined that the SPARC trading tool, provided by communications network Symphony, was an unregistered swap execution facility (SEF), leading to the firm being fined and the platform shut down. The SEF category was created to drive OTC trading onto electronic platforms in the wake of the 2008 financial crisis, as mandated by the G20 in 2009.

As the CFTC advisory said that “an entity may need to register as a SEF when facilitating trading or execution of swaps through one-to-many or bilateral communications” and “providing non-electronic means for the execution of swaps” this ruling has hit upon an already contentious point in fixed income. The over the counter (OTC) trading model definitively does not have trading venues which provide execution, but instead systems that facilitate negotiated trading between counterparties. Those include telephones, spreadsheets, desktop order management systems (OMSs), and execution management systems (EMSs). 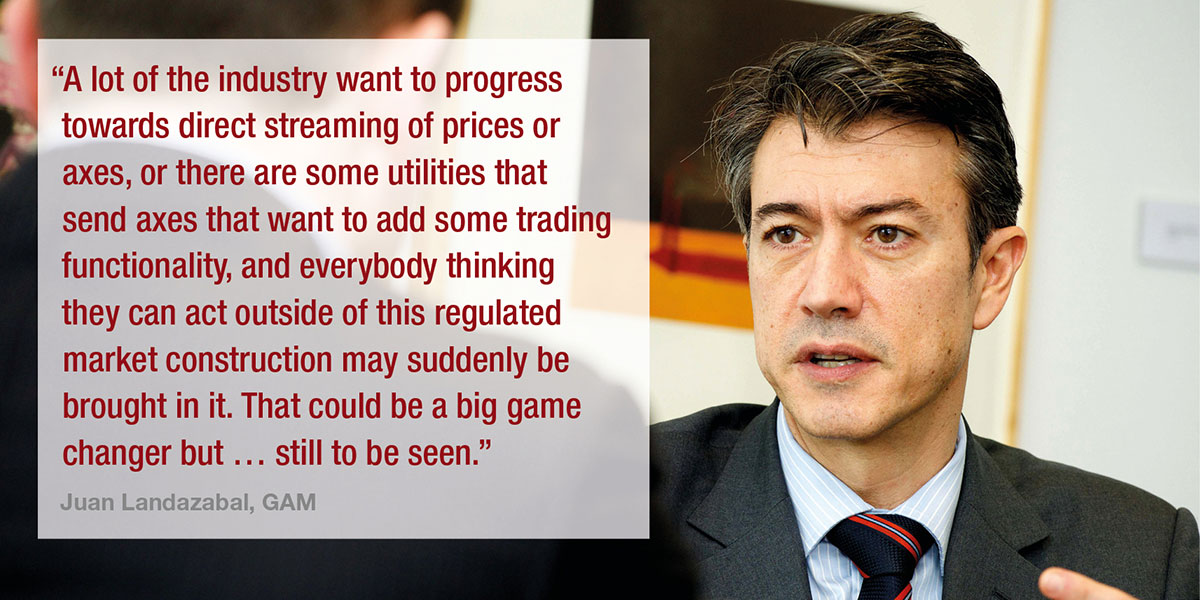 “British Telecom could be a multilateral trading facility if you use the same phone to call five people!” joked Juan Landazabal, global head of trading at GAM speaking at the Fixed Income Leaders’ Summit Europe in October 2021.

OTC derivatives trading was forcibly electronified post-2009, but bond markets have been left to electronify naturally. Traders are worried that if this ruling creeps into the cash bond markets it could make the slow advance of electronic systems retreat.

There is already concern around a lack of categorisation for OTC trading venues in cash fixed income markets. This is currently focused on the proposed categorisation of interbank US Treasury trading platforms as alternative trading systems (ATSs). These platforms use the central limit order book (CLOB) model common to stock exchanges and are therefore seen as needing the same framework.

If regulators including the Securities and Exchange Commission (SEC) in the US and the European Securities and Market Authority (ESMA) take a similar broad description used by the CFTC to define SEFs, and apply it also to electronic trading tools for corporate and / or municipal bonds, then “this ruling could potentially be a game changer,” Landazabal noted, “I know ESMA is also having a look at this.”

The speed of evolution

Bond trading is changing in fits and starts from a largely voice traded market to one with much more electronic execution. The combined effect of reduced liquidity provision by banks – regulation has made it more costly for them to take trading risks – and market volatility – oil wars, Covid 19 and central bank disengagement from markets have all played a role – has led to a lack of liquidity when it is most needed in the most unexpected areas of fixed income. 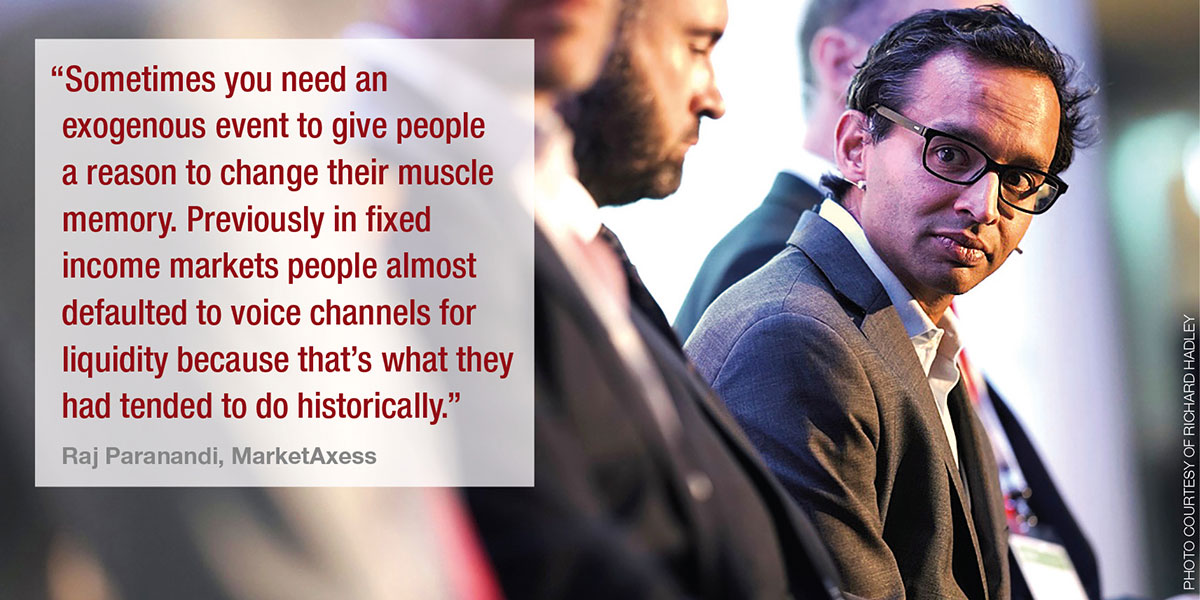 “Sometimes you need an exogenous event to give people a reason to change their muscle memory,” says Raj Paranandi, chief operating officer for EMEA and APAC at MarketAxess. “Previously in fixed income markets people almost defaulted to voice channels for liquidity because that’s what they had tended to do historically. And, in the early weeks of the 2020 crisis, at which point I was on the dealer side prior to joining MarketAxess, pockets of liquidity that had traditionally been there just disappeared from the market.”

“People were left trading on electronic channels, and in a period of probably five to six weeks, so between the middle of March and the end of April, early May last year I think they started to see depth of liquidity in places where they hadn’t previously seen it,” he says. “And, they saw that it saved them cost, and then people really started to appreciate the notion of multilateral price formation.”

Fundamental to this evolution is the improved supply of market data, which helps to create a midpoint price which can be used to either set expectations as a buyer, or make prices on if they are a seller. 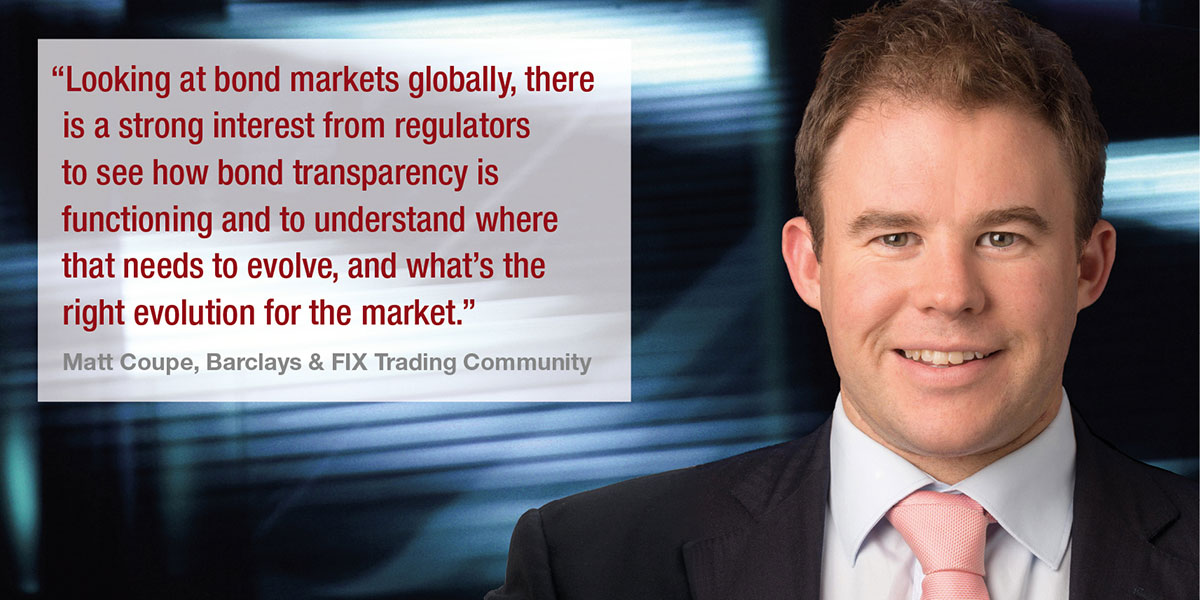 Matt Coupe, co-chair EMEA Regional Committee at the FIX Trading Community, says, “Looking at bond markets globally, there is a strong interest from regulators to see how bond transparency is functioning and to understand where that needs to evolve, and what’s the right evolution for the market.”

While the US has TRACE, a post-trade tape run by sell-side industry body FINRA, Europe has no equivalents, and other markets lack the regulatory unity to develop one. That makes electronic trading harder in many markets than in the US.

The European Commission (EC) is working to develop a consolidated tape similar to TRACE, which will provide members of the European Union (EU) with baseline post-trade bond prices. In lieu of a successful, functional project, trading desks presently need to aggregate even base level data themselves in Europe.

“The first point in any dialogue is whether the data is useful and how it is used,” says Coupe. “The next step is about base standards for data availability. From a FIX point of view, we are really busy, because fixed income data standards have evolved in a very fragmented way, particularly the implementation of the data standard, rather than the data standards themselves.”

Although data standards have been implemented in Europe in some ways – through the revised Markets in Financial Instruments Directive (MiFID II) – to date they have not developed a valued level of transparency.

“Are people looking at the MiFID II data?” says Coupe. “For bonds and interest rate swaps, generally the answer is no. We are in the early days of MiFID, while TRACE has been around for over 16 years, so that it is a well-established regime. Implementation of a EU consolidated tape will not be perfect on day one. It needs to evolve, it needs to grow. Data needs to be implemented and common practices need to be established to enable that conversation. There is consensus on the need to aggregate the data. It’s very fragmented so you need a source to aggregate it. You want open and effective data being delivered to the market, and a consolidated tape can deliver that.”

Why direct prices are one answer

If trading desks cannot easily find mid-prices, they cannot easily build systems to trade at a certain point in the market with confidence. If even base level prices cannot be found, they need an alternative source of pricing information. There are many indicative pricing sources, but banks will not agree to trade at the same price for any client at any time. The conditional nature of the prices that are provided make them of limited value.

For banks, the best way to prove real prices was to directly stream them to clients, and all major banks are offering this. There are debates about their usefulness, but if price information is to be relied upon this is the only agreed way forward. The question is how a buy-side desk can process that information. 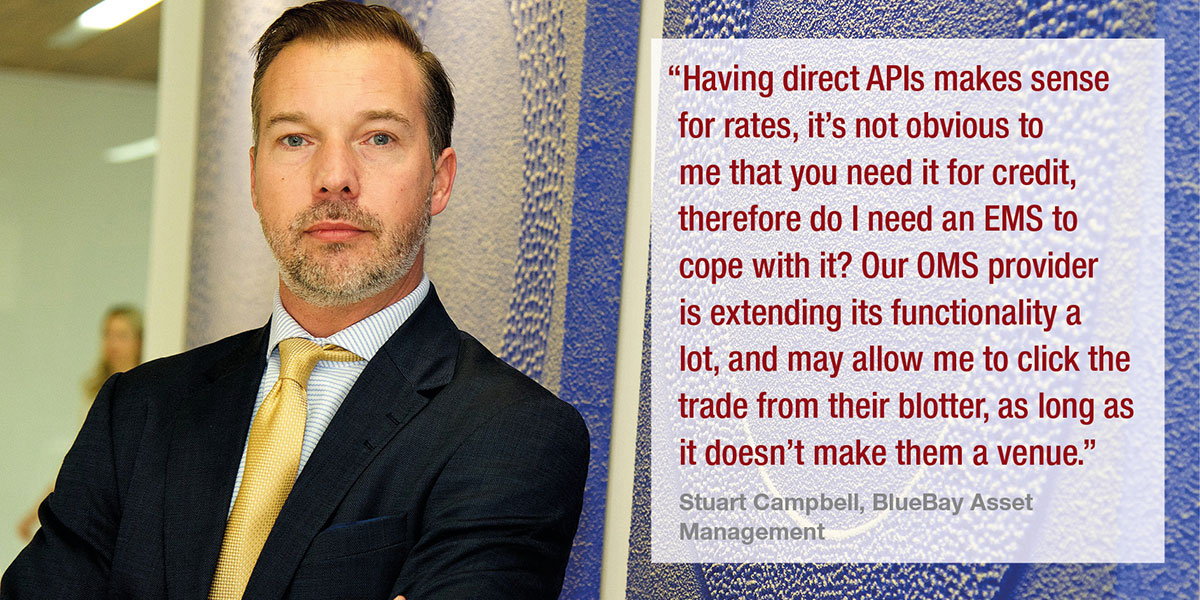 “Having direct APIs makes sense for rates, it’s not obvious to me that you need it for credit, therefore do I need an EMS to cope with it?” asks Stuart Campbell, head of trading at BlueBay Asset Management. “Our OMS provider is extending its functionality a lot, and may allow me to click the trade from their blotter, as long as it doesn’t make them a venue.”

The upshot is the only plan to digest real prices in the market could be impeded if regulators decide to categorise EMSs or OMS as regulated venues.

Landazabal says, “A lot of the industry want to progress towards direct streaming of prices or axes, or there are some utilities that send axes that want to add some trading functionality, and everybody thinking they can act outside of this regulated market construction may suddenly be brought in it. That could be a big game changer but … still to be seen.”

Back to Top
Best Execution
About the author

Today’s EM traders need more data, market access and broader liquidity than ever before to meet …

T+1 for equities will be standard in five years